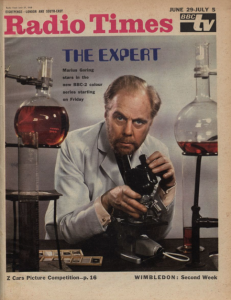 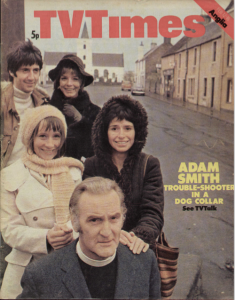 ‘Television Drama: the Forgotten, the Lost and the Neglected’ is a major three-day conference dedicated to historical British Television Drama taking place at Royal Holloway, University of London between Wednesday 22 and Friday 24 April 2015. The event is dedicated to discussing the value and status of lost, forgotten and neglected television drama in Britain and will be of interest to both academics and those more generally interested in television history. The conference is being held as part of the AHRC-funded ‘History of Forgotten Television Drama’ project. John Wyver (Westminster/Illuminations): Looking for Fred: What can we know of the lost television of producer Fred O’Donovan?

Richard Hewett (Salford): A Study in Neglect: The Strange Case of Sherlock Holmes at the BBC John Cook (Glasgow Caledonian): ‘A View from North of the Border’: Scotland’s ‘Forgotten’ Contribution to the History of the BBC Single TV Play

James Jordan (Southampton): ‘I cannot believe that this play has a foundation in fact.’ Skipper Next to God (BBC, 1951) and the ‘Hidden’ Holocaust on Post-war British Television

John Hill (Royal Holloway): Dominic Behan and the emergence of ‘Troubles’ TV Drama in the 1970s

Matthew Kilburn (Oxford): News of The Paper Lads (ITV/ Tyne Tees 1977-8): Struggling with the contemporary and with regional and youth identity in children’s television drama

Vanessa Jackson (Birmingham City/ Royal Holloway): “Nothing was being done about it, and there weren’t any writers” – A case study in Tara Prem’s A Touch of Eastern Promise (BBC2, 1973)

(An edited version of this panel discussion may be found here.) Keynote Presentation: Christine Geraghty (Glasgow): “But what about… Coronation Street?”: Remembering and forgetting in Television Studies

Rachel Moseley (Warwick): The Art of Child’s Play: The Forgetting (and Remembering) of Stop-Motion Animation for Children

Georgia Aitaki (Gothenberg): Greek television comedy and the construction of the ‘modern Greek’: The case of the early 1990s

Daryl Perrins (South Wales): ‘We see the world through welder’s goggles’: Boyd Clack and the neglected sitcoms of Wales

Andrew O’Day: Following the scent: The Case of the Missing Bloodhound Gang (PBS, 1980-8)

(An edited transcript of this interview may be found here). A special issue of the Historical Journal of Film, Radio and Television (Volume 37, Number 1),  edited by Lez Cooke, John Hill and Billy Smart, on ‘Forgotten Television Drama’ was published in 2017 and contained a number of articles based on papers from this conference.